A Look at Drought Tolerant Sod 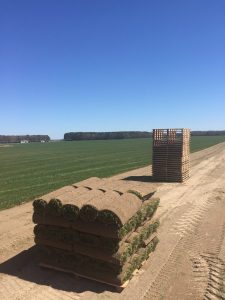 Even though summer is known for having hurricanes and other instances of extreme weather, sometimes you’ll also have to put up with drought. Droughts happen most often during the summer because of how hot and dry it is. Cool-season grass and warm-season grasses both count as types of drought tolerant sod. Let’s find out more!

When you are looking for cool-season drought tolerant sod, keep in mind that not all of the sod types are the same. Some will need to be watered, while others can survive just by getting rained on. Others will form into natural-looking clumps while others won’t be a good surface to play on. So with all that said, what cool-season sods should you be on the lookout for?

Summertime is when warm-season sod thrives. Most of the time, these varieties are already considered to be drought tolerant. To make the most of your selection, though, be sure to find out if the cultivar resists drought and is a good fit for your neighborhood.

Have More Questions? Stay in Touch!

Order early, and order often to ensure the best service possible. Contact us through our online page. Find us at 27616 Little Lane, Salisbury, Maryland 21801. Our phone number is 410-726-6103, and our fax number is 410-742-6550. Speak to Jason Anderson for Turf Grass Sales. Reach him by email at jason@quanticocreeksod.com. Finally, follow us on social media on Facebook, LinkedIn, and our blog!

Categories: Sod | Tags: drought tolerant sod, sod, and types of sod
This entry was posted on Friday, August 7th, 2020 at . Both comments and pings are currently closed.